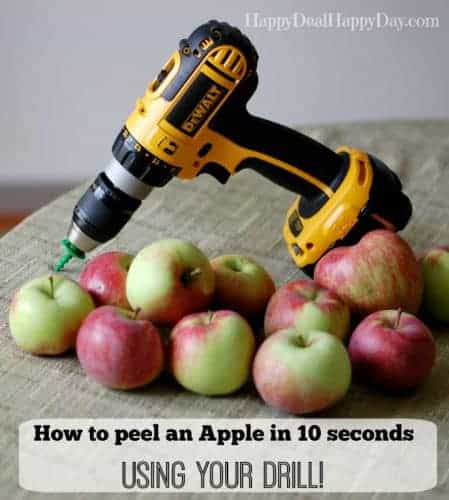 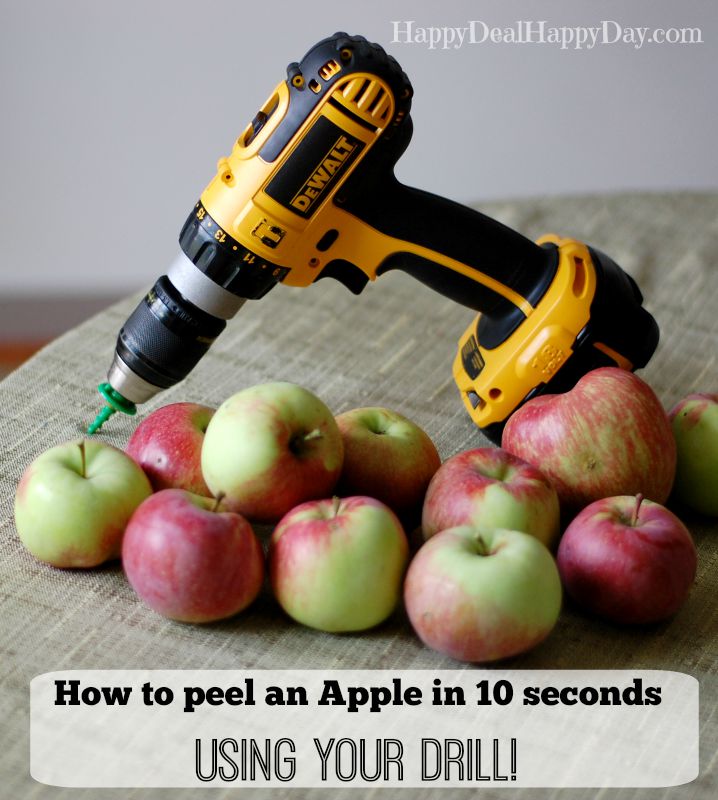 Maybe you have heard of this already – using your drill as the ultimate apple peeling tool!

I thought I had seen this somewhere online awhile back.  But I was shocked when I walked into my kitchen to see my engineer husband, peeling apples for apple sauce, using his drill!!!  (he has never been on Pinterest, nor does he have a Facebook account – so he was not influenced by social media when he came up with this one.) 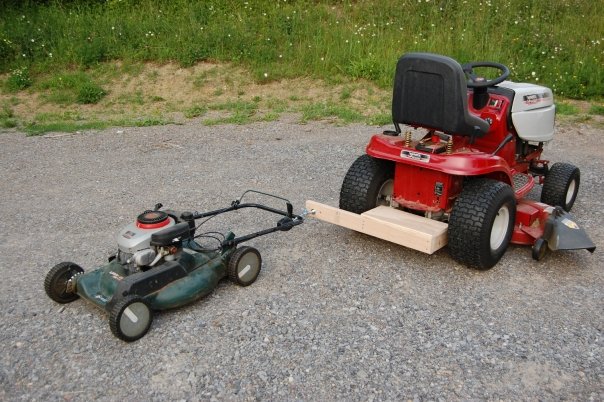 Now I’m used to these sort of engineering shenanigans in my house.  Some of them I just roll my eyes over (like the time he attached a push mower to a riding mower to make it a wider cut.

Don’t worry, we have since purchased a larger zero turn mower.) 🙂  But him using his drill in the kitchen for cooking purposes is just so fun that I just had to share it with all of you!

Talk about a major time saver when you want to peel a bunch of apples for apple sauce or apple pie filling! 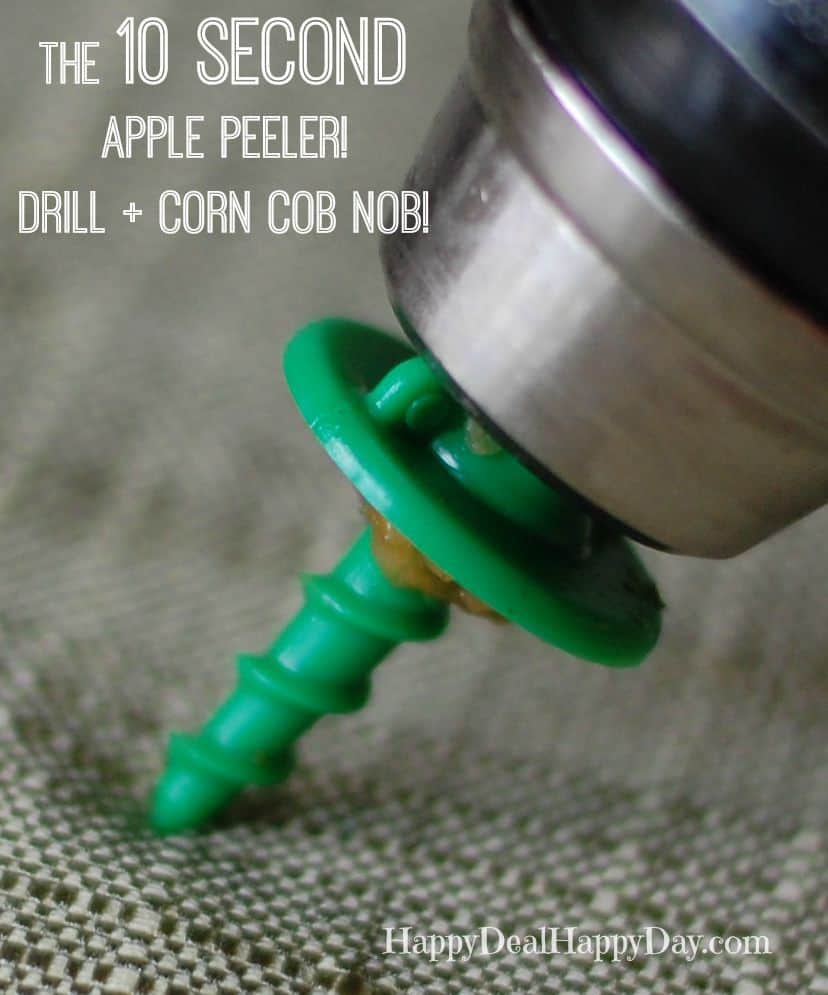 My hubby got out his handy dandy Dewalt drill.  Then he dug through my kitchen utensil drawer until he found my Pampered Chef Corn Cob Nobs.  (these knobs are discontinued – you may be able to find them cheaper though on Ebay).

Or maybe try these screw-in corn cob knobs.  He inserted one of the corn cob nobs like you would a drill bit.  I have an Oxo Good Grips Peeler that I LOVE!  He sped up the drill, with the peeler in hand, and there you have the 10 second apple peeler!

You can watch the whole process in the 19 second video I took of my husband!


He peeled a bunch that day so that we made a giant batch of apple sauce with apples from our own trees.  It turned out so yummy – tasted just like apple pie filling when it was all done.

Other than the yummy taste, the best part was that it didn’t take ALL DAY to peel the apples!!  I would say this is for sure even faster than using one of these Heavy duty apple peeler, corers. 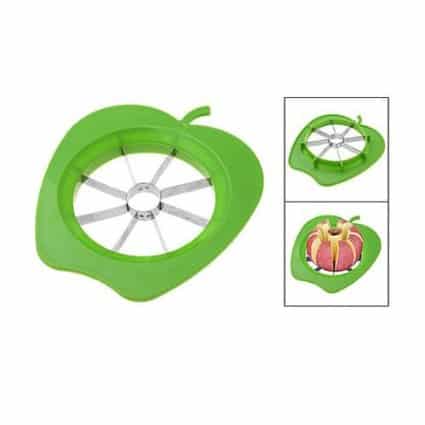 I also have one of these Apple Slicer and Corers that I use all the time – you can grab one on Amazon!

(Note:  if that one is currently unavailable, try this one.)  Once the apple is peeled, you can quickly core and slice it with this, and plop it in some vitamin C infused water (to prevent browning) until its time to cook down the apples for apple sauce!

What are some of your favorite time saving tricks you use in the kitchen??

11 Responses to The Fastest Apple Peeler That Peels in 10 Seconds: Your Drill!