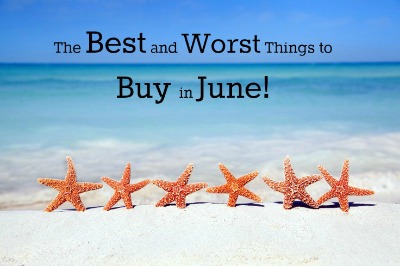 In terms of shopping, do you know the best and worst items to purchase in June are??  Here are some tips:

Here are some ways to save:

1.  Treat Dad to an Unconventional Gift

Although Father’s Day sales don’t get as much hype as Mother’s Day sales, retailers will still offer a variety of deals on gifts for your dad. You should avoid buying predictable gifts like grills and shirt-and-tie combos, which won’t offer much in terms of savings. Instead look for deals on non-traditional gifts such as free entrees at select restaurants, which is a popular deal amongst nationwide chains such as Carrabba’s, Bone Fish Grill, and Outback Steakhouse. Various museums and zoos across the nation will also offer free admission for dads, sometimes also for accompanying children as well.  Here is a fun list of unique Father’s Day gift ideas I put together, along one for the golfer!

**Note – because of the pandemic, restaurant deals will be for takeout only until we open up.  Also, museums and zoos may not be open this year in time for Father’s day – but something to keep in mind for future years.

2. Now is a great time to stock up and save on undergarments ladies!!!

Be on the lookout for Victoria Secret’s semi annual bra sale – and other deals at Frederick’s of Hollywood.

This month, several states will allow free fishing on public bodies of water without requiring a fishing license, in celebration of National Fishing and Boating Week. Normally, those licenses cost anywhere from $25 to hundreds of dollars depending on where you live and what type of fishing you’ll be doing. (Many states have 1-day licenses that typically cost around $10 as well.)

With the arrival of June, all the bounty of the summer produce growing season is going to start rolling in. You’ll likely see the effect at big supermarkets, too, where pints of blueberries and strawberries will drop in price by over 50% from their winter prices.

With grocery prices on the rise with a season of economic uncertainty, we need to take advantage of any sales we find.  Don’t forget to print your coupons as well – I have a feeling we will be seeing more coupon deals, similar to when the 2008 recession hit, in the near future.

Now that the weather is warmer, people tend to want to workout outside and skip the gym.  Gym’s know this, and therefore will often offer a month or two for free with a full year membership purchase.  Currently many gyms are closed because of the pandemic.  When they do re-open, they may be offering even better deals!

What NOT to buy in June:

Grills!!!  This is peak grill buying season – and retailers know it.  The prices will be highest now.  Wait until the end of the grilling season (August or September) for some clearance deals.

Wait until August or September to upgrade your iphone – September is typically the month when a new version comes out and you can save on older versions.

Laptops – Wait until July or August for Back-to-School deals on Laptops. 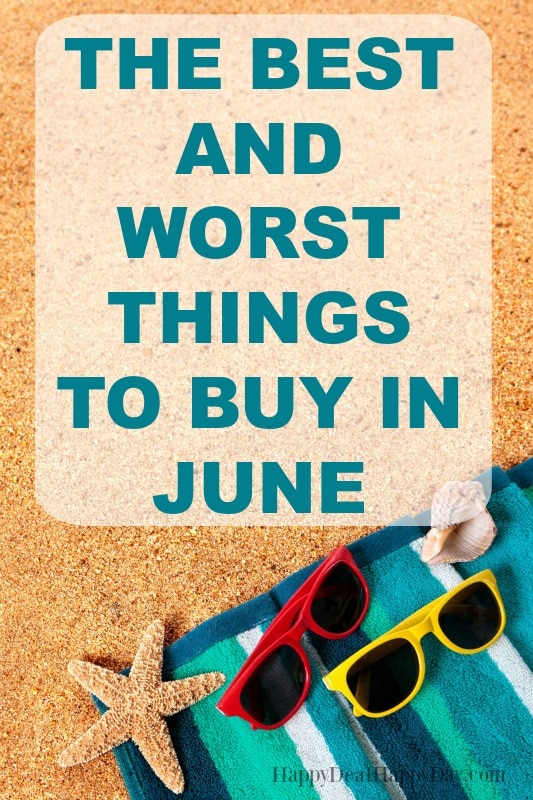 This site uses Akismet to reduce spam. Learn how your comment data is processed.

We use cookies to ensure that we give you the best experience on our website. If you continue to use this site we will assume that you are happy with it.Ok